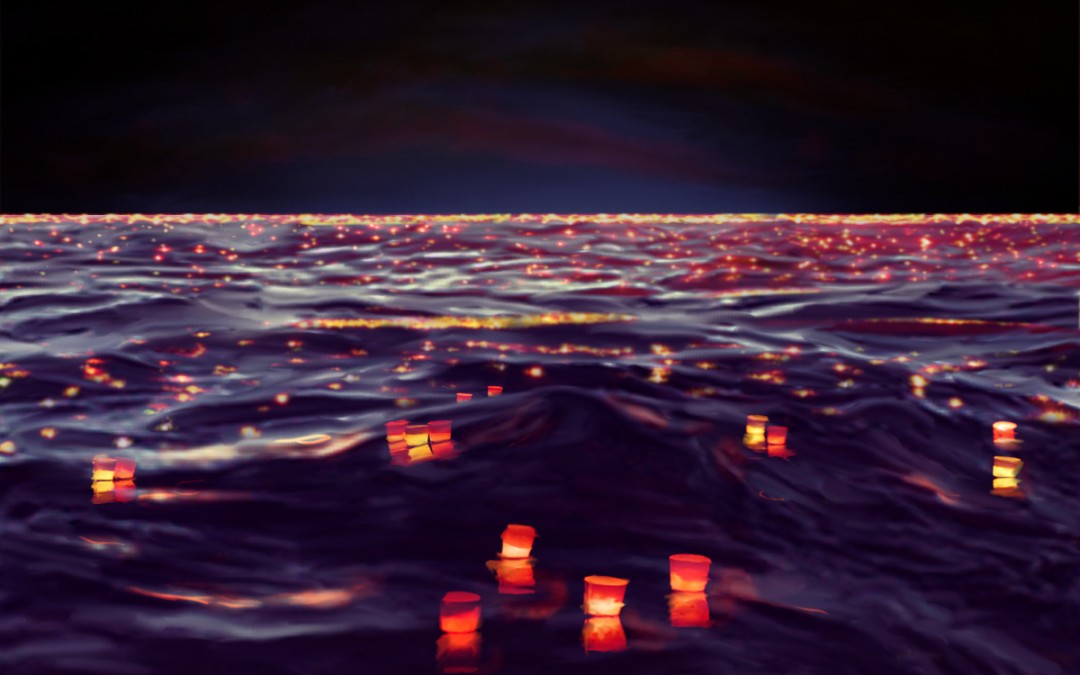 Sarys, the second largest island of the Southern Island Kingdom, is located in the extreme southeast of the metropolis of Castoratt. Here they hold the annual Great Festival of Lights to honor Acoatlan, the god of magic, knowledge and wisdom.

The Mages Guild, the Guild of Candlemakers and Wax Artists, and the University of Castoratt together organize the ever-popular Festival of Lights on the river Rumeer. Tens of thousands of candles are lit at dusk and placed on homemade paper or wooden boats which are then carefully placed into the waters of the river.

Then prayers and verses are recited praising Acoatlan. Every 100 yards musicians and singers perform the old songs.

With their magical songs the bards enchant the crowd along the river, which has gathered on the shore to watch the boats make their journey from the northern part of the city to the river’s mouth.

Noblemen and the Temple of Acoatlan with the help of the Guild of Candlemakers and Wax Artists sponsor a larger boat, on which are displayed candles with magical symbols.

Finally at midnight the boat of knowledge sets forth along the Rumeer. On it you can see a 15 ft high statue of Acoatlan made entirely of blue wax, holding a wand in his left hand and a scroll in his right.

Once it reaches the sea, it is magically set aflame and god and raft perish in the fire of knowledge.