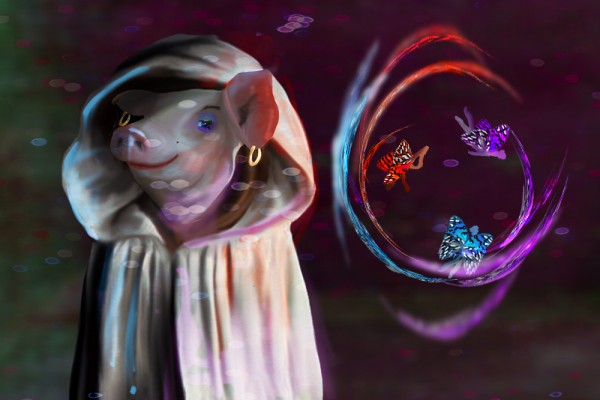 The town of Somos in the far eastern area of Yodan, the most important port for the shipment of grain from the Facundian fields, had an exceptional costume festival this year in honor of the god Lokano. The city pays homage to the god of fraud, treachery and deceit with a one-week festival following the completion of the main harvest and the sowing of winter wheat.

Under the patronage of the local Lokano temple managed by the Thieves Guild, every year a group of illusionists from the Somos Mages Guild and the Guild of Showmen and Entertainers organize this festival with unusual appearances.

Guests from all over Yodan and the world come to see the parades and costumes and to attend the masquerade balls.

But this year the festival got a little out of hand. The City Guard, disguised as members of the Showmen’s Guild, “arrested” scantily costumed attendees and put them into a giant septic tank just outside the city. The prisoners were forced to eat fairy bread, which caused them to be partially transformed into pigs. Some had a pig nose, some became the purple color of a pig, and some grew pig tails. The effects of eating fairy food are not always predictable.

Somos children then pelted the prisoners with food scraps and rotten eggs. After two days the real city guard finally freed the prisoners, because among them was the daughter of the Ambassador of the Western Empire, Eusebia of Luna.

The magistrate apologized immediately to the family. After her liberation, Eusebia had a pig’s head for three days and did not leave the hotel until the end of the festival week.