MM/Abroad: The University of Flurin Gygax in Fort Zurica for battle mages 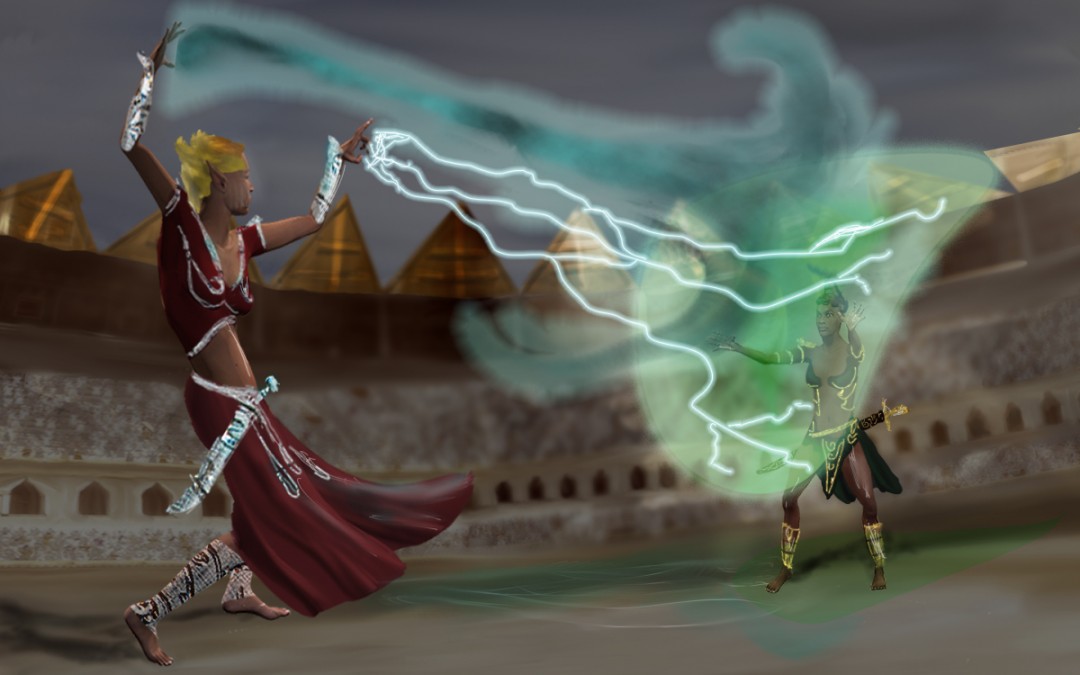 The southernmost city of Fort Zurica is northwest of Lake Lorin in the center of the Great Plain. While Lake Lorin itself offers the traveler a relaxing break on the journey from the Giant Mountains to Mirror Lake, within Zurica’s walls the pace is less leisurely.

We are on a visit to the university for battle magic — the ducal University of Flurin Gygax where the great battle magicians study.

Their role in the fight against the Lahunen, a race of magically gifted giants, is legendary. When the Lahunen tried to conquer the Great Plain two thousand years ago, they only got as far as Zurica. Flurin Gygax faced them with his students and other magicians of the different schools of magic. Thirty-six hours later the plain was a scorched wasteland and the Lahunen were on the retreat from the city gates of Zurica back to the Giant Mountains. Many magicians were killed, completely destroyed and no longer able to resurrect themselves. But the students of Flurin Gygax suffered just a few losses. Only the elf Nardiniel was unable to be revived. The university arena bears his name in remembrance.

When standing outside in front of the university oval, you can already guess the large dimensions of the interior. A building constructed entirely of black basalt encloses a huge arena that holds around 20,000 people. On weekends duels between mages take place and the locals place their bets with enthusiasm. It’s the main source of income for the university and tuition fees are negligible in comparison.

But even during the week the arena doesn’t remain unused. Each semester the students practice making magical barriers, cloaking fields, fireballs, lava flows, lightning flashes and other magical spells that are particularly effective in battle.

And because all magicians eventually run out of spells, they also are taught to be good fighting mages who can use all kinds of weapons. Sword fighting, archery, knife throwing, and the use of shields and armor are already on the syllabus for the first semester.

Here humans, dwarves and elves, as well as kobolds and Wolfen train together, showing the diversity and open-mindedness of the fortress.

And so it’s no surprise that the Wolfen Hakkuna is both a professor in the technique of simultaneously handling two weapons, as well as a lecturer in lightning magic.

For many years she was unbeatable, until one day the elf Lacarna of Iridium defeated Hakkuna on Crossos Day, and those lucky wagerers who had bet on Lacarna at 20:1 odds were made very happy.