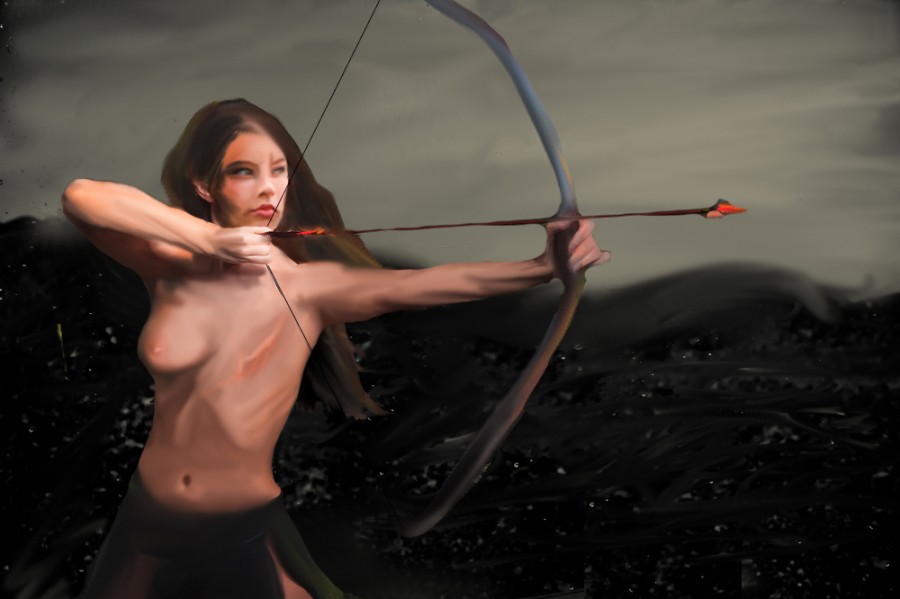 When approaching from Guanshi in the northwest, after two weeks of travel on horseback you come into the Amazon forest located in the foothills of the Kajobo Mountains.

The Amazon Empire is bordered to the west by the River Changhe, to the north by the Giant Mountains (the foothills of the Kajobo Mountains are an extension of them), and to the east by their Eastern Empire allies.

Since the time of the alliance there have been no attacks by orcs from the Old Kingdom or giants from the Giant Mountains on the two major cities of Guanshi and Shancheng in the northeastern part of the Eastern Empire.

From Guanshi I traveled into the Kajobo Mountains as part of the annual cattle roundup. The Amazons hold a Baroness Festival in the early fall, where they send a thousand cattle to allies in the Eastern Empire.

The ancient Baroness Festival is a rite of passage for girls to join the ranks of warrior women. Every girl has a staff elaborately carved for her in the week prior to the event. The day before the feast, her chest is wrapped with pounded reeds which have a slightly numbing effect. This is because during the Baroness Festival the girl’s breast is burnt away, so that she can aim her bow safely and be a true Amazon.

It makes me queasy to imagine what torments an Amazon girl must suffer to be able to become a warrior. The numbing herb is just for her to survive the initial pain. Its action passes quickly and she must endure the subsequent two to three weeks of healing without medication.

We arrive one evening at the cliff city of the Amazons. Pentixarxa clings to a mountain that rises 4500 feet above sea level. The cattle are corralled and tomorrow the Baroness Festival begins.

After fitful sleep and a quiet day, a huge fire is lit in the evening. The chosen girls dance naked around the fire to the hypnotic rhythm of drums.

Now it begins: the first girl reaches for her staff, one end of which is adorned with a snakehead. The shaman comes towards her with a large, glowing piece of wood. The girl kneels and leans back until her head touches the ground: This is called the ‘baroness bridge.’

The breast to be burnt out is marked with blue. I want to look the other way but cannot. The shaman calmly burns out the nipple, then the rest of the left breast, while the girl writhes while biting her staff, and heartbreakingly tries to suppress her cries of pain.

After a minute that seemed like an eternity, it’s over. Two assistants of the shaman help to carry the girl to a nearby mountain, where she must remain for the next half hour.

Forty-three girls follow. So as not to offend my hosts, I drink the contents of the wineskin I brought from Guanshi, while I look the other way.

The festival doesn’t finish until the second hour after midnight.

I stagger into my dwelling and am glad to have been born on Yodan and with my 27 years be the proud owner of two breasts.